A Unique Hen Party Dedicated to Her Mother 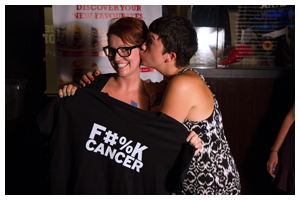 Nowadays, most hen parties are all about having a wild night out with one’s closest friends doing outrageous antics. Though that seems to be the way most women celebrate their last night of freedom, twenty nine year old Angela Lennox will doing something special in memory of her mother for her hen do.

On May 5, 2013, she will be running five kilometers for the Race for Life at Saltwell Park in Gateshead. This event is a fund raising program hosted by Cancer Research UK.

What Made Her Do It

Angela lost her mother to cervical cancer in 2007. Her mother was just 63 that time. For sure, if her mom managed to get past cancer, she’d be totally hands on helping out with the wedding preparations herself. Naturally, Angela, now twenty years of age, would’ve wanted her mother to be with her on her big day. 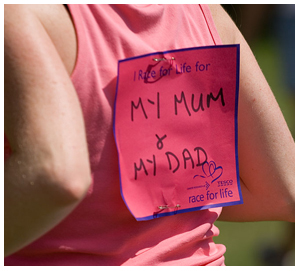 So, to honor her mother, she will be running for her hen party together with her closest friends to help raise funds for cancer research. All of them will be wearing shirts that say “for the mother of the bride” at the back. Her friends are the ones in charge with their outfit for the race and that part will be a surprise for Angela.

Currently, the bride-to-be is training really training for the big event. She has been running and cycling outdoors to make sure she is in shape for the race. Her closest friends fully support her even if they plan to walk it.

Cancer in the North East

According to statistics, approximately two people are diagnosed with cancer in the North East every hour. Though some survive, some, like Angela’s mother, fail to do so. The race is more than just a fund raising event in the sense that it is a race to celebrate life, but at the same time, it is a race to remember those who were lost to due to the disease.

The race is an annual event and last year, 8,700 women joined the Race for Life in Tyneside. Together, they managed to raise £397,000. This year, organizers aim to have 8,900 women participating in the event. Hopefully, they get to raise more funds than last year. 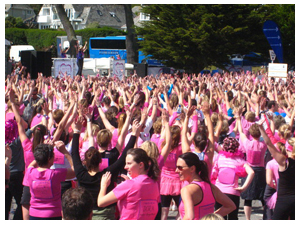 The event manager truly appreciates Angela and her hens’ efforts to encourage other women to join this year’s race. It truly is a unique way to spend her last moments of freedom, but it’s a good tribute to her mother and for a noble cause at the same time.

Some stags might get some inspiration to do something similar for their stag do as well. After all, hen and stag parties do not necessarily have to involve drunken nights on the town. At times, something like this can make the party even more memorable for those that get the chance to be part of it.