Pubs You Should Not Miss While You Are in London 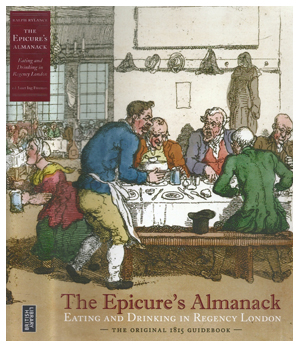 A trip to London will not be complete without sampling its pubs. After all, what would London be without pubs? Pubs and pubbing are part of London’s culture and history. As a matter of fact, some of the best pubs in the city are centuries old and were featured in The Epicure’s Almanack which was published in 1815.

This global city is known for a lot of things. It was called a world cultural capital that has a huge influence in today’s fashion, art, and entertainment. In addition, it is the “world’s most visited city” in terms of international arrivals.

So, if you’re in the city for your hen or stag weekend and you do not know where to go, here are some pubs that you should definitely check out while you’re in the city. Even if you have been to London in the past, these pubs are well-worth visiting.

Located on 95 Fleet Street, The Old Bell Tavern was built in the 1670s. Until now, it can still give off that medieval feel. As far back as 1815, this tavern was already known for moderately priced food and good beverage.

The George and Vulture Tavern

Located in one of the dark alleys of St. Michael’s Churchyard, 3 Castle Court, which was associated with Charles Dickens, you will find George Inn which has been around since the 1470s. A well-preserved historical landmark in its own right, it is still known for its hearty fare. If you’re in the mood to sample mouthwatering roast beef, Welsh rarebit, kidney pie, and steak, head to this tavern. 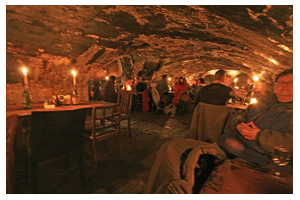 Located in 8 Dorset Street, the Barley Mow has been around since 1791. Though it is not as old as some of the other pubs in the city, it does offer Pieminster lunches. What’s more, this pub serves lots of different ales and lagers. If you want some live entertainment while drinking a pint, this is one of the best pubs to go to.

If you’re not really into beer and would rather have some wine, Gordon’s Wine Bar, located in 47 Villiers Street, is the perfect place for you. Built in the 1890s, this wine bar offers a fine selection of Madeira, sherry, and port. For a quiet hen night, you can sip fine wine with a selection of mature cheese in this candlelit bar and enjoy!

You can get a taste of Germany in London by going to Zeitgeist. Located in 49-51 Black Prince Road, this German gastropub has German staff, football, pub fare, and beers. They offer 32 German bottled beers and 16 on draught. 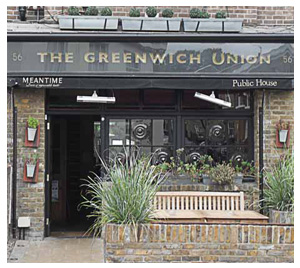 Have you ever had chocolate or raspberry beer? If you haven’t Greenwich Union, located in 56 Royal Hill, is the place to sample those unique flavored beers while basking in its lovely beer garden. You can be sure that this pub is always well stocked because the beer in this pub is supplied by nearby Meantime Brewery.