A British Hen Do vs. a Bachelorette Party

Some people are under the impression that a hen do tends to be tamer than its American counterpart, the bachelorette party. Somehow, bachelorette parties have been associated with exotic dancers dressed as police officers that eventually gyrate and strip in front of the group. Though it certainly is true for hens that do not really drink, there are still hens that will go for the exotic dancer.

A columnist for the New York Times described a typical bachelorette party as a “cringe-inducing mix of flash and trash.” The author might not be aware of the fact that there are hen dos that are just as bad.

The usual bachelorette party involves a male stripper, lots of booze, and who knows what else women do when they’re too drunk to think. In short, most American bachelorette parties are known for being quite wild. Over the years, they have become much like bachelor or stag parties.

There are more than enough movies that feature such parties. Most of those movies have served as the inspiration of most bridesmaids that arrange for the party itself. That is why most people do not think it odd when a woman celebrating her last moments of freedom goes wild. The men at the club or bar even know what they should do. Typically, they’d drown the bride-to-be with drinks and even dance with her. 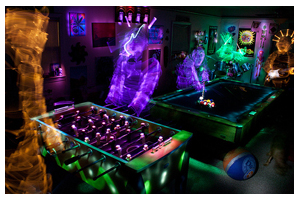 In reality, a typical hen party will be a lot like a typical bachelorette party. The American version has been associated with going wild, but a hen party can be just as wild. There really is no difference. The only difference would depend on the bride-to-be’s taste.

A London hen do can seem similar to a coming of age party or a bat mitzvah party. Society still has that pre-conceived notion of what a woman should be and exotic dancers are just simply unladylike. Still, what should matter would be what the hen wants. Whatever the hen wants, the hen should get.

It does not really matter if what she wants is an exotic dancer or a high tea party experience. What should matter is that she enjoys her last moments of freedom. After all, ideally, a woman will only get married once. 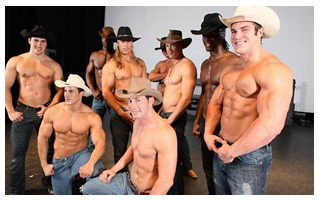 There are actually so many popular hen party activities to choose from. Instead of getting an exotic dancer, there are hens that would prefer to enjoy learning sexy dances in a private room. This can involve burlesque, dirty dancing, or even pole dancing. Artsy hens might even prefer a nude painting lesson instead of just getting an exotic dancer.

Those are just examples of some of the more popular hen party activities. Of course, hens that love sports and the outdoors should indulge in those particular activities.

Bottom line is that the hen party activities involved should always be something that the hen likes or appreciates. If she does not enjoy her last moments of freedom, the bridesmaids actually fail in planning the hen do.