It is really unfortunate that a mini bus on its way to a Liverpool hen party crashed near junction 32 at Castleford last Friday. The mini bus collided with a lorry and was thrown sideways on the road.

Out of twenty one hen party guests from South Elmsall, one of them, eighteen year old Bethany Jones died at the scene. The other twenty were injured. Seven of them were seriously injured and brought to two different hospitals. Stephanie Firth, 24, the bride-to-be was in intensive care though that was not confirmed. 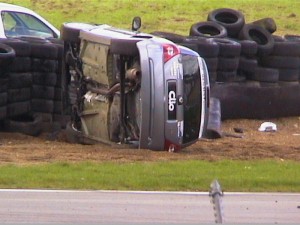 A group of women that were on their way to a Liverpool hen party did not really think their day would end in such a way. Everyone was definitely looking forward to having a wonderful time in Liverpool.

However, that morning, on their way to Liverpool, their mini bus collided with a lorry on the M62. The mini bus was hit hard as it overturned and landed on its side on the road. The bus was severely damaged. According to the crew members of the West Yorkshire Fire and Rescue Service, it was the worst crash that they had seen in years.

As mentioned earlier, trainee nurse, Bethany Jones, 18, died at the scene of the crash. The rest were injured and those that were severely injured were brought to the hospital. Seven women that were badly injured are now stable after spending three nights in intensive care at the Leeds General Infirmary. Though they will definitely recover, this hen party is already unforgettable for the wrong reasons.

Beth Jones, well-loved by her friends, was the only one that did not survive the accident. Initially, her friends could not believe the news as she just eighteen and really has the rest of her life ahead of her. Now, her friends are aiming to raise £50,000 for air ambulances as a tribute to her. 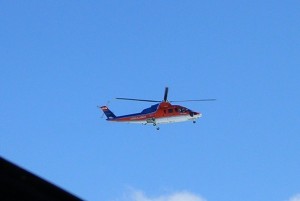 In addition to those efforts, the Carlton Main Frickley Colliery Brass Band will be having a charity concert in town on May 20, 2013. It can be said that the community where the girls came from, south Elmsall, was shook up with they are a tight knit community wherein everyone knows everyone else.

The lorry driver was actually arrested, but was bailed out. In general, the road just isn’t “unsafe” for hen and stag parties. It is unsafe for everyone especially whenever there are some folks that can cause deaths with dangerous driving like this lorry driver.