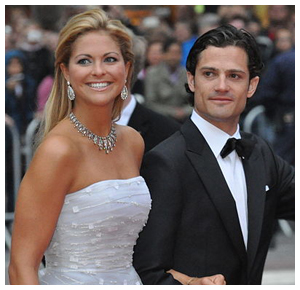 New York-based Princess Madeleine had to cut her hen party short to fly back home to be with Princess Lillian, her great aunt. At 97, with her advanced state of Alzheimer’s disease, people can say that Princess Lillian lived a full life before she passed away last Sunday.

When Prince Madeleine and her Prince Charming, Christopher O’Neill, got engaged last October, the Swedish Palace was happy. Queen Silvia even said that he is every mother-in-law’s dream. She was so happy to announce the engagement and she showed her approval by going to New York to celebrate the news with her daughter.

Princess Lillian, former Welsh model, married the late Prince Bertil in 1976 after they fell in love during World War II. Prince Bertil is King Carl Gustaf’s uncle. They actually had to live as a common law couple for three decades before they got married since the law of succession prevented them from getting married earlier. As a couple, Lillian and Bertil did have a very romantic and dramatic story of their own. 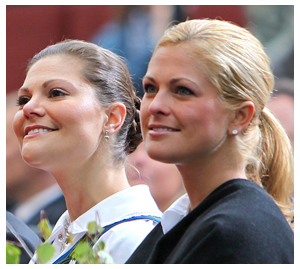 She was like a grandmother to the princesses and the prince and she is truly well-loved by her family. Princess Madeleine and Crown Princess Victoria did show the whole world just how important she is as the two flew home to Sweden.

The two were celebrating at the Swiss Alps when they finally heard the somber news of their great aunt’s death. Without any hesitation, their extensive hen party was cut short as they rushed to be with their great aunt during her last moments.

Despite the sad occasion, the wedding will go on and will still be held on June 8, 2013. Will the princess continue or have another hen party celebration? At this point, no one really knows. Prince Charming’s stag night was probably a more private affair as there wasn’t really much media hype about it.

Still, she just might get her fairy tale like ending in a few months when she finally gets married to Prince Charming. The wedding plans are still underway. The princess, at least, had the guest list finished last month. 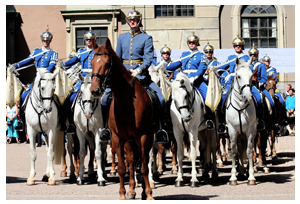 The wedding will take place on the afternoon followed by dinner at Drottningholm Palace. All the invitations will be sent out on April 1. How will this event turn out? The rest of the world will have to wait and see what happens.

For now, the couple resides in their luxury apartment in Manhattan as Chris’ job prevents him from moving out of New York at the moment. However, the couple may still move back to Sweden in the future as their future plans are not set in stone.